A downloadable game for Windows

The Flight is a short first person horror game about someone waking up on an empty flight. They do not remember much before awakening and have to explore and investigate the seemingly abandoned airport. The more you explore, the more you may find, whether for better or for worse.

I dind't finished it because i didn't figure out where to go, maybe i missed a key for the "personal only" door, but let me tell you that i absolutely loved the subtleties like the reflection in the mirror guiding you to the other bathroom or the time when you leave the bath and the chairs block your way like some sort of jumpscare but also forcing the player to enter the other bath, i think you have a very cool way of guiding the player, even tho i couldn't find the right way after all, that's prolly my fault tho. Keep up the great work!

Thanks for playing! Glad you enjoyed it. The key can be a bit hard to find if you don’t follow the events but (spoiler) if’d you’d like to finish the game, it’s down the escalator in the main lobby with the flight signs on the desk. Also if you haven’t already, check out my other recently posted game, Crawlspace!

Hello. I have played last time.

It was very scary.

I managed to clear it.

I was surprised at the different way of clearing it from last time.

I am looking forward to the next one!

Thanks for playing! I enjoyed watching the video. I'm glad you were able to enjoy it with the changes.

Omg I love this game so much. It had great atmosphere, and I was not prepared for what awaited me. I got this recommended to me, and damn was it good. Only critique is it was incredibly dark, so I kept looping and getting lost. Also what does the elevator do? It's the first game in the video above and is even part of the thumbnail. But if you love great atmosphere, try this one out.

Thanks so much! I really enjoyed watching your play through of it and seeing your reactions to everything.  There were definitely some subtle things I wished you caught, but it was still very fun to watch! Though a full video would be nice. I appreciate the video and critique, as it is quite dark. If I have some spare time, I may go back and fix it, but currently I’m rather busy. And the elevator.. does nothing. It changes slightly in the later game (as with many things), but it’s more just cosmetic and not functional aside from entering one.

Oh thank you so much! That truly means a lot. Oh I'm now more than ever curious about the subtle things I missed. I do plan on doing a full video, as I know there is so much more, and I feel like I haven't scratched the surface. I will follow up here once I do.

So Glad to know about the elevator. Still really cool that you can enter it. I really appreciated the details done, and it's a gorgeous game. I understand you're busy, but if you put anything out, I would love to try it!

You're welcome! Without giving too much, the subtle things were like occasional visual ques that are hard to catch (bathroom mirror for one), certain sounds you thought were for one thing weren't actually from that (like when you picked up the key, there are two separate sounds, one of which is not for the key), or other small sounds (apart from the ambience) that you didn't seem to notice, but had an affect on the world. Since it's very dark, sound is very useful in the game, so pay attention to some of those. You were a bit over halfway done though.

Thanks for the compliments too! I'm working on two projects right now, though one is on hold so I guess I'm currently working on just one, but I do plan to release both. And yea, I am very busy so it will take awhile until something new is put out by me.

Hello !
how to change keyboard controls ?
And I can't escape to the menu, ESC doesn't do anything...

Hey! Thanks for the feedback. I don’t have any options for changing keyboard controls right now, though they’re the standard WASD, F and E. It's fairly complicated with the Unreal Engine blueprints that I used so I did not add it. There isn’t an ESC menu since it was a short enough game for going through it at once and wasn’t really needed, but I’ll implement it for you. It should hopefully be done by the end of the day

Thanks a lot, but don't worry for the menu, you're right, it's short enough...
Regarding the standard keyboard layout, you mean standard for a Qwerty one... ;-)
On my french AZERTY keyboard, it's not that great to use these keys... ;-)

I tried to answer the phone the second time (after beeing in the aft galley of the plane), but the key E doesn't work anymore, I can't pick up the handset...

Hm, the middle phone next to the escalators should only ring after exiting the bathroom. There isn't a phone on the plane that rings

No problem. My apologies though. I only have an English keyboard, and the game is only listed in English under the more information section

There should be an ESC function now. Please let me know if there's anything else!

Very good experience, enjoyed the setting a lot. I did not have any bugs although it was a bit dark. Definitely recommended

Thanks for playing! Glad you enjoyed it.

You should just be able to unzip the file with the .7z extension, and then within that extracted folder, you can open the file application titled, "The Flight". It works on Windows (since I only have Windows), so if you are attempting to run it on another machine, you may run into problems.

It's not a bad game, but technically there are many bugs. For me, it was very confusing. When you walk in the plane, the torch light  jerks. When you open a door, it kicks your face, etc. It could be a good game with some improvements ++

Thanks for the feedback. Could you explain why it was confusing? Also, those aren't really terrible bugs, more close to minor inconveniences. You're just colliding with the seats a little, but if you don't walk directly into them then it doesn't affect walking in the plane, but I understand and that's an easy fix. The door pushes you away cause it's a physical object, so I'm not sure what you mean by that. Other than that, I don't know what other ones you mean, as it doesn't have many bugs at all.

Is gamepad supported in this game?

No, sorry. Currently this only supports mouse and keyboard, and you can see this within the more information section listed above.

From my rating: "A very fun horror experience. The setting and atmosphere make for a very creepy and unsettling experience, one that feels very unique. The scares are definitely there, but unlike many horror games they don't feel cheap and they will definitely get you! My favorite part about this game is how it utilizes both sound and lighting to indicate where to go next, it makes progression feel very natural and fluid. Highly recommend trying out this game, I think that both horror fans and non horror fans will love it!"

For $2 you are for sure going to have a fun time and gain some really great insight into how much heart and soul go into indie games!

Thanks for playing and for the compliments! 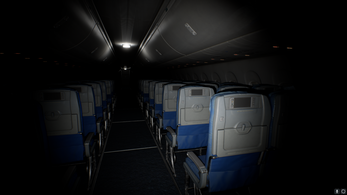 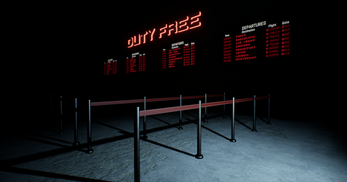 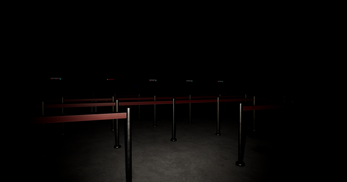